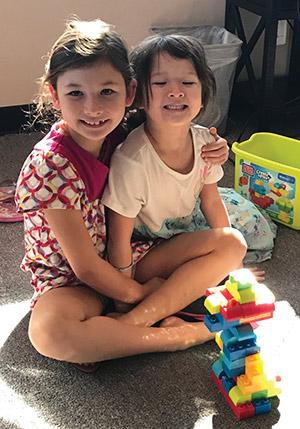 I have been adjusting kids for over 9 years now, and many of them have no symptoms. Because we have an open adjusting concept, meaning its not behind closed doors, I get asked all the time “what are you trying to fix on that kid?” Now because of HIPAA privacy laws I can’t answer that question directly, but I can give a more generalized answer that is actually more congruent with our intention and mission in our community

I adjust kids to optimize their function. Period. As the twig, so grows the tree. A small amount of maintenance care when a child is growing pays dividends in life down the road. It has been shown in numerous studies that chiropractic boosts immune function, lowers cortisol levels (stress), and a growing body of evidence suggests that it can have a huge impact on behavior. I have personally seen many ADD/ADHD patients get completely off all drugs and lose the diagnosis due to our work with the nervous system. We sometimes see kids that are very sick, and the medical community has not been able to figure out what is causing their symptoms. We have a high level of success with the confusing cases, the tough ones that just don’t make sense. That’s because we look at the body differently. We want to know how to optimize what you have, not blame the bad genes or the circumstance. And the craziest thing is, it works!

I had my first chiropractic adjustment at age 17 after a neck injury in football. My chiropractor was able to keep me from having a fusion surgery that was high risk and would have prevented me from playing sports for the rest of my life. In two weeks I was pain free and on the field again. This experience had such an impact on me I became a chiropractor myself. Now the part I wasn’t expecting was that my chronic immune problems also went away when I had my spine adjusted. Yes that’s right, my immune system got stronger.

See I believed I was a healthy kid because I was athletic, fast and coordinated. But I would get sick constantly needing to go to the doctors and was on an antibiotic almost every month for a sinus infection, lung infection, etc. And that all changed when I began to get adjusted. It has been years since I suffered from any type of immune system problem, whereas many people get sick 1-2 times a year or more, usually during stress. I was so blown away by these changes that seemed to be so simply made by the chiropractor.

I began to ask my medical doctors why they hadn’t recommended it to me earlier when I was seeing so many health benefits from chiropractic. They politely dismissed it as being in my head and said its great you are feeling so much better but you probably just grew out of it. That arrogance and lack of desire to admit when something is so powerful and effective is why I now spend almost as much time with patient education as I do treating patients. If patients only knew the power in their body that is just waiting to be unlocked the pharmaceutical companies would be out of business and healthcare costs would be a small percentage of what they are today. Come see what makes our office unique and don’t forget the kids!

Find us on the map